LONDON, UK - More than 75% of consumers in the UK, US and Australia blame the Chinese government for the spread of COVID-19, and over half are less likely to buy goods and services from China as a result of the pandemic, according to a new poll commissioned by Parabellum Investments, a privately-owned global investment firm.

The research, carried out in late May by the international market research firm Censuswide, comes amid political criticism over China's role in the crisis and gives one of the first indications of how consumers may react. Across all three leading Western economies, it reveals unexpectedly high levels of public concern, Parabellum Investments said in a statement released on Wednesday.

"This pandemic has clearly demonstrated the dangers of Western economies being overly dependent on China," Rami Cassis, Founder and CEO of Parabellum Investments said Wednesday. "This is already influencing international trade and prompting governments and enterprise to look for ways to guarantee supply of critical goods and services. We believe it will transform international supply chains and change today's globalisation model relying on China as the world's factory which will bring with it investment opportunities arising from reshoring and nearshoring."

Asked whether they held the Chinese government responsible for the global spread of COVID-19, 77% of consumers surveyed across all three countries said they did. Although governments in the UK, US and Australia have responded differently, levels of public concern are strikingly similar across the three continents, with 80% of Australian consumers blaming China for the crisis, against 77% of in the UK and 73% in the US. There is little difference by gender or age, although younger respondents (aged 24 and under) appear to be the least likely to agree.

The poll also reveals a clear link between consumers blaming China for spreading the pandemic and their purchasing intentions. Just over 60% of respondents who hold China responsible for the global spread of COVID-19 say they are now less likely to buy Chinese goods and services, against 51% of the total sample across all three countries, the Parabellum Investments statement said.

The impact on buying intentions is evident in all three countries, but most evident in Australia, where 68% of consumers blaming China for the pandemic said the pandemic has made them much or slightly less likely to buy goods and services from China, compared to 62% in the US and 57% in the UK.

"We think increasingly negative consumer attitudes to China will influence how major corporations re-configure their supply chains in the wake of this pandemic," Cassis said. "We expect many more to look for ways to source products and services locally, or from countries which are physically closer and culturally aligned. Some of the regional winners gaining from China's loss are expected to be India, North Africa, Eastern Europe & Belarus, Argentina & Mexico. Whilst investment driving the reshoring and nearshoring trend is already afoot in pharmaceuticals and medical services, we also expect to see this happen in numerous other sectors."

Parabellum Investments has recently acquired pharma-tech product serialisation firm advanco based in the US, Belgium and Turkey. As part of its global portfolio, the company also has nearshore / offshore operations in Bulgaria, Turkey and multiple sites in India where it says it is seeking further acquisitions.

(The research was conducted for Parabellum Investments between the 22 and 26th of May 2020 by Censuswide, an international market research firm based in London and operating across 65 countries. An online poll was conducted with 4,010 general respondents aged 16+ in the UK, US and Australia. Any reference to consumers refers to this sample. A nationally representative random sample of adults was approached in the UK). 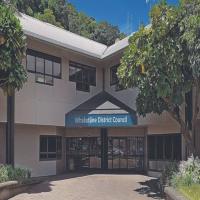 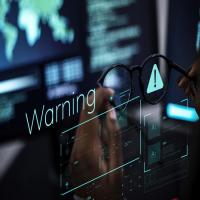 Robust security systems should be a business priority, professor warns 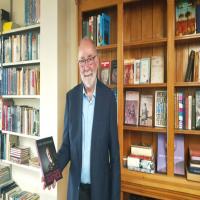 South Africa has never been easy side to beat: Misbah

We are working day, night to go to South Africa: McDonald

Robust security systems should be a business priority, professor warns

South Africa has never been easy side to beat: Misbah

We are working day, night to go to South Africa: McDonald

'India has taken battle against COVID-19 to last stage'