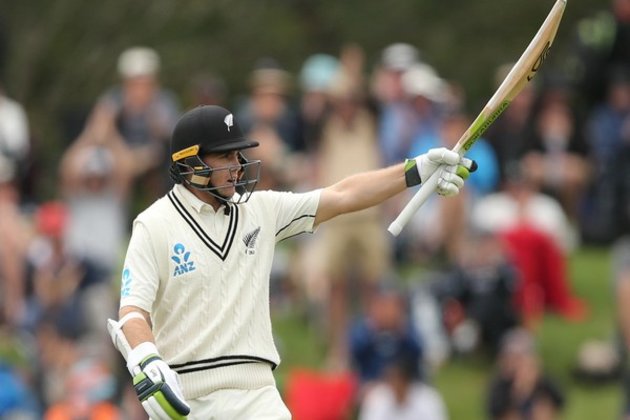 Hamilton [New Zealand], December 3 (ANI): After dominating the opening day of the first Test at Seddon Park on Thursday, New Zealand opener Tom Latham said that West Indies bowled well in periods but could not stick to those lengths for long which allowed the hosts to score runs.

Latham played an 86-run knock and guided the side to a solid position after losing Will Young (5) early in the innings. At stumps, New Zealand's score read 243/2 with Kane Williamson and Ross Taylor at the crease. While the skipper was unbeaten on 97, giving him company was senior campaigner Taylor on 31.

"The danger for me was driving the ball on the up and bring the slips into play. They obviously bowled well in periods and bowled a lot of dots to me and Kane but it was nice to try and overcome those periods and seek some little rewards after that," Latham told the host broadcaster after the day's play.

With rain delaying the start of play on the opening morning, Windies, who elected to bowl first, got an immediate reward in the form of debutant Young's wicket with Shannon Gabriel dismissing him in the fourth over. Williamson then joined Latham and the duo started rebuilding the Kiwi innings.

Their patient knocks carried New Zealand to the end of the opening session with an 85-run stand. Latham's resilience saw him scoring his 19th Test fifty as New Zealand looked steady on the first day after an early blow. Meanwhile, skipper Williamson completed 1,000 Test runs at Seddon Park. He joined Taylor as the only cricketers with 1,000 or more runs at the venue.

Personally for Williamson, this is his 33rd Test as captain moving him ahead of Daniel Vettori (32 Tests) into third on the all-time New Zealand skipper list. Former skipper Stephen Fleming leads the list with 80 Tests as captain followed by JR Reid with 34 Tests. Brendon McCullum is fifth on the list with 31 Tests. (ANI)