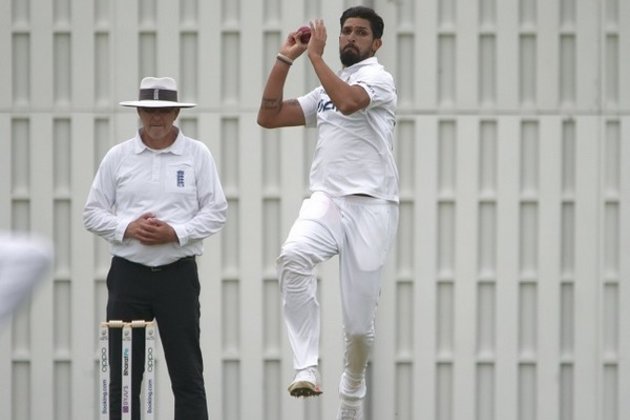 Ball will swing even without saliva, feels Ishant Sharma

Last year, the International Cricket Council (ICC) had banned the use of saliva on the ball in the wake of the coronavirus pandemic.

Ishant said somebody from the team will have to take responsibility to maintain the ball which eventually makes the bowlers' life easy during the summit clash.

"I think it is not that difficult. I think the ball will swing even without saliva and somebody needs to take responsibility to maintain the ball. And if the ball is maintained well in these conditions, then it becomes easier for the bowlers to take wickets in these conditions," said Ishant on Star Sports show Cricket Connected.

Ishant, a veteran of 101 Tests, also highlighted that the pace battery will have to adapt to the changes the English conditions will offer.

"You need to train differently and adapt to the change. In India, you get the reverse swing after some time, but in England, the length is fuller because of the swing. So, you have to adjust to the lengths," said Ishant.

"It is not easy to force that and the weather here is cooler so it takes time to acclimatise to the weather. And the quarantine makes it difficult because you cannot go to the ground, after IPL we were not allowed to go to the grounds and train. The way you train in the gym and the training on the ground is very different, so you have to adjust to that and it takes time," he added.

The winners of the much-awaited WTC final between India and New Zealand will take home a purse of USD 1.6 million along with the ICC Test Championship Mace.

The losing team will get USD 800,000 for finishing second in the nine-team competition, which was played over a near two-year cycle, adding context to Test cricket and to crown the first official world champions in the longest format of the game.

The prize money for the team finishing third in the ICC World Test Championship Standings is USD 450,000. The team fourth on the table will be awarded USD 350,000, the one that finishes fifth gets USD 200,000 while the remaining four teams will get USD 100,000 each. (ANI)