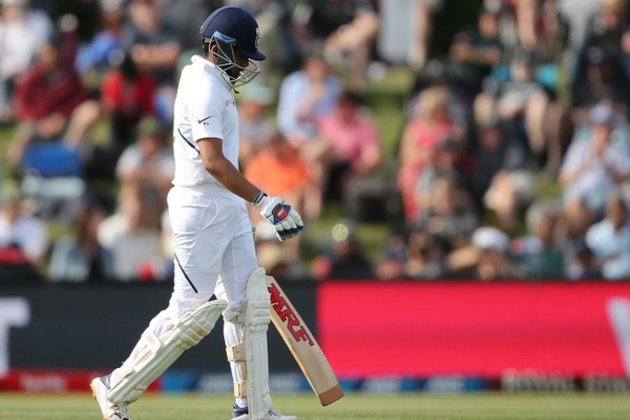 New Delhi [ANI], July 24 (ANI): The India national selection committee has decided on sending Prithvi Shaw and Suryakumar Yadav as replacement to the Indian team for the upcoming five-Test series against England after Shubman Gill, Washintgton Sundar and Avesh Khan were ruled out from the series due to injury.

Speaking to ANI, sources in the know of developments said with Gill out and Shaw showing good form, it would make sense to have an opener in the squad while Suryakumar comes in to strengthen the middle-order.

"Shaw has been in good form and with Gill out, it adds to options to have another opener in the squad. Surya will strengthen the middle-order if there is any further injury issue. We have the secretary to thank for the swiftness of the decision as he pushed it through despite an administrative hurdle last night," the source said.

The injury list for the Indian players in England has been on the rise and the latest was Washington Sundar as the bowling all-rounder was ruled out of the Test series with a finger injury. This after opener Shubman Gill suffered a shin injury and flew back to India on Tuesday.

Reserve pacer Avesh Khan is also out after fracturing his finger in the warm-up game in Durham. Sources in the know of developments had confirmed the injuries and had said Sundar wouldn't be a part of the Tests.

"Sundar has hurt his finger and will take around six weeks to be a 100 per cent. He won't be taking part in the Test matches," the source had told ANI.

India skipper Virat Kohli and deputy Ajinkya Rahane were also not 100 per cent and that saw them skip the warm-up game. While Kohli had been advised rest after he felt stiffness in his back late on Monday evening, vice-captain Rahane had mild swelling around his left upper hamstring which has been addressed by an injection.While Gill and Sundar were a part of the main squad, Avesh had been picked as reserve bowler. Even Ishant Sharma had injured his bowling hand during the World Test Championship final against New Zealand and had got stitches, but he is fine now.